Repair Cafés Are Saving Broken Gadgets — and the Planet

Journalist Martine Postma started Repair Café in 2009 in Amsterdam. Her sustainability-minded idea was simple: If people could have their broken possessions fixed at no cost, fewer items would end up on the world’s rising toxic trash heaps.

The “café” is held in a donated space on an afternoon weekend, tapping the volunteer services of people who know how to fix things, either because they were trained professionally or are self-taught tinkerers. Anyone with a broken item, from jewelry to a bike to a television, can bring it in. No promises are made, as some items may be well past the point of saving. And no money is exchanged, only thank yous.

Interest spread throughout the Netherlands, and in 2011 Postma created the Repair Café Foundation to support groups that want to hold their own events. Now there are more than 1,300 cafés worldwide, including more than 40 in the United States. In 2016, the global network of Repair Cafés kept more than 550,000 pounds of trash out of landfills.

Mr. Fix-it (and a Handy Mom) to the Rescue 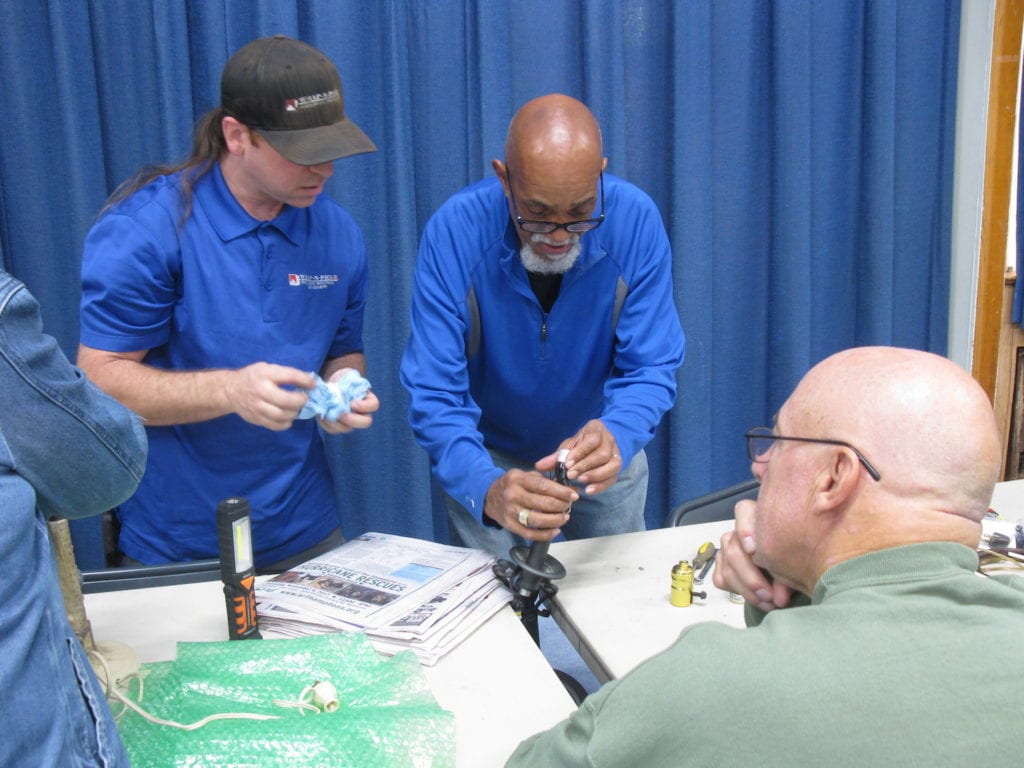 Laurie Farber learned about Repair Café through a webinar last year. And though she is not a fixer, she knew her town of Wyandanch, 40 miles from Manhattan, should have one.

“I find it disheartening to see how much stuff gets thrown away and how easily things get trashed without even trying to save them. We’re such a disposable society,” says Farber, who is executive director for Starflower Experiences, an educational nonprofit dedicated to helping people enjoy and appreciate nature.

She used Facebook, flyers and word-of-mouth to find fixers, officially called repair coaches and secured a space at Our Lady of Miraculous Medal church for Wyandanch’s first Repair Café in June 2017. (Currently, it is one of nine in New York state.) The coaches included a teacher who could repair jewelry; a man who emailed Farber to say “I’m Mr. Fix-it from Smithtown”; someone who professionally repairs machines for Tate’s Cookies; and a mother whose son volunteered her, telling Farber, “My mom can fix anything!”

“I find it disheartening to see how much stuff gets thrown away and how easily things get trashed without even trying to save them. We’re such a disposable society.” — Laurie Farber

One of the repair coaches is John Hernson. Though “150-percent fully retired,” he is an expert at fixing everything except electronics. Hernson read about the café in the newspaper and thought it sounded like a challenge. He packed up “the usual assortment” of tools — “tapes, screws, soldering stuff and whatever I can fit into the box” — and headed to the church. He has volunteered at all five cafés and plans on being at the upcoming one in November.

No Parts? No Problem

The challenge isn’t finding people who will dedicate three hours on a Saturday every few months — it’s being ready to fix anything. “If it’s broken, bring it” is the café’s unofficial motto. And so repair coaches must expect a gamut of items, including flickering lamps, armless teddy bears, blenders that don’t blend, bracelets that won’t clasp and lawn mowers that couldn’t harm a blade of grass. 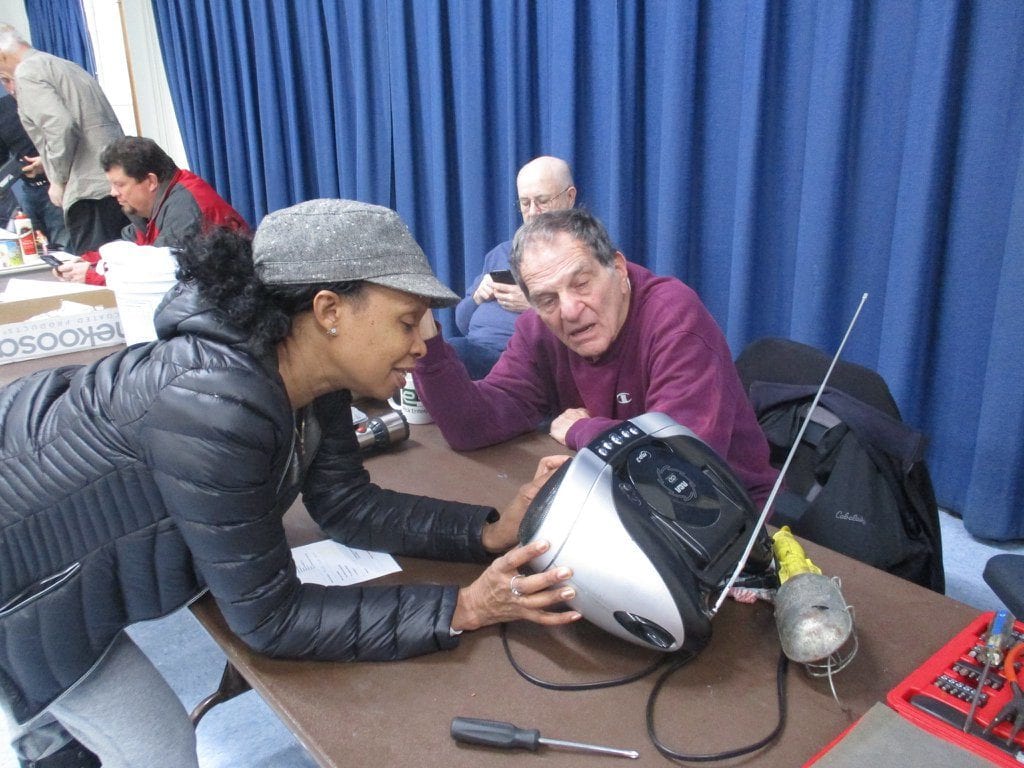 “One of the questions I always get is, ‘How do you deal with the parts?'” says Farber. She asks repair coaches to bring in any parts they’ve got handy. Often they will team up and share parts, as well as tips on how to tackle tougher projects. A local hardware store donates generic parts like sockets and wires that can be used on many items.

At one café, a veritable MacGyver showed up. “We had a guy who created parts,” says Farber. “He asked, ‘Is there a microwave?’ Then he melted something and was able to fix what was broken with these bits of odds and ends. It was amazing.”

Building Community, One Repair at a Time

At the end of the day, not everyone leaves Repair Café with a fixed item, but they may leave having made a new friend. “We have a repair coach who is very upfront if something isn’t worth repairing,” Farber says. “Other times, if a part is unavailable, a coach will walk someone through how to repair it on their own, explaining what tools and parts are needed.”

Occasionally, bystanders save the day.

“The husband of the librarian [where we held one café] was good with electronics, so he joined. Also, every time something needed gluing, the library security guard jumped in,” recalls Farber. “It is a community-building kind of event — one where we make an effort to reduce the amount of trash that gets tossed.”

Hernson’s most memorable “fix” was one that took no skill at all. A teenager and her mother had a lamp they said broke when the cat knocked it over. After taking apart the entire lamp, Hernson still couldn’t get it to work. Then he tried replacing the bulb — and there was light. “They thanked me a million times — and said the cat thanked me, too,” he says. “The best part of the cafe is the appreciation from people.”

Farber agrees that much of what happens is not about repairs, but the emotions people attach to their things. A woman once arrived with a statue of St. Francis that a repair coach glued back together. “She was thrilled,” says Farber. “I don’t think it had monetary value. It had sentimental value.”